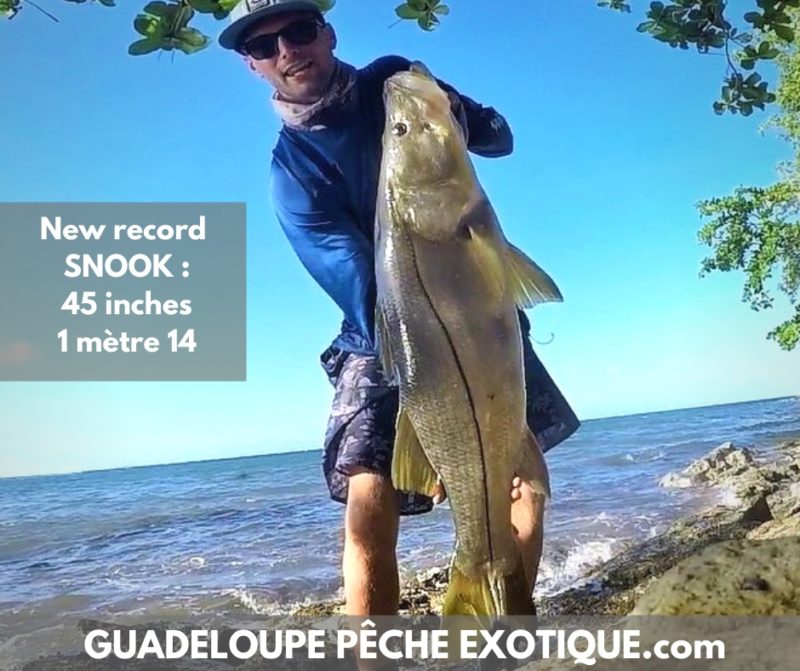 After four hours of fishing without a single touch, I decide to go to a third spot which seems favorable to the conditions of the day. I start fishing by doing a wide prospecting. After 20 minutes, only a few fish mullets will have jumped to the surface where my lure lands.
I then start to launch more precisely on the areas that I particularly like.
I suddenly see from the corner of my eye about 20 meters on my right 3-4 small fish gushing out of the water.
Rather than throwing directly into the pile, something that sometimes pays, but which most often risks frightening everyone, the idea that came to me was rather to place myself high in order to observe the activity for a little while. 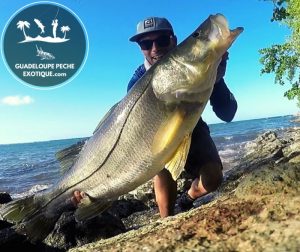 At this moment, between two rocks, a back barely appears below the surface, a fish which at first seems to me to be good size but not exceptional.
I immediately seize the opportunity, I launch the first time without seeing which way his head is. The mass moves again, I realize that I unfortunately launched behind him.
Second throw, my lure passes perfectly before his eyes and there biiim, big shoeing, I immediately see thanks to the thorny backbone that it is a very very big snook !!! Let’s go! Then, I descend the rock I’m standing on and mount a higher rock… to see this fish better.
The predator goes a bit in all directions, using its weight first, before finally making its first real rush after several tens of seconds. I quickly understand that he knows the sector as much, see more than I do. He heads, despite a brake applied to the limit of the breakage, rushes after rushes, straight into the rocks. I now have water up to my waist, I am running between the stones and manage to climb on one of them. He is only 20 meters away from me, I shoot him up so that he gets tangled in these obstacles as little as possible.
After several minutes of fierce fighting, after having imagined losing it at least 10 times, this “snookausor” is braked by the braid that rubs on a rock. AIE Aie Aie !!! I release the tension a bit and luckily, the fish looks tired, I run towards it, milling and throw my hand in its mouth to grab it, “YES I got it !!!”
45 inches, and very heavy, I had certainly caught the snook of a lifetime …
This fish was released back into the water in great shape. Let’s hope that it gives other fishermen as many strong emotions and above all that its descendants are still guaranteed! These large individuals, I remind you, form one of the essential links for the sustainability of the species …
Another really intense fishing moment in the French West Indies ! 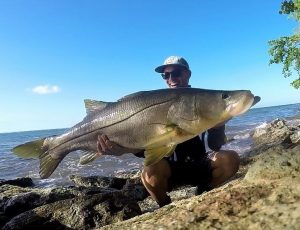